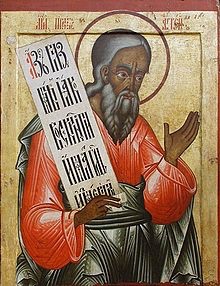 Any of us who make pilgrimages back to our college campuses know the power of nostalgia as we remember the good old days. Many of you make pilgrimages to the University of Georgia, especially during football season. I try to go to James Madison University once a year. When I get the chance to go to Emory, I’m delighted. We get to these campuses and our minds are enlivened, our senses piqued, by the memory of our time there. Those were the good old days, back then, when we were in college.

Nostalgia is powerful. It beckons to us from the past, asking to be reborn, recreated. But can it be?

Let’s read together Haggai, the second in our small books of the Bible series, as we explore this idea of nostalgia.

Unreasonable. God tells the people to rebuild the temple.

This book is unreasonable.

The people are making a subsistence living. They’re barely getting by. Just a few years ago, King Cyrus of Persia released the Israelites from captivity in Babylon and allowed them to return to their land. Since then, they’ve been trying to resurrect the economy, prosperity, and conditions they once had. It’s fair to say they’re laboring to Make Israel Great Again.

And rightfully so. They were a vital trading partner for the nations of the world prior to their destruction in 587 BC, just over fifty years before Haggai. That status made them wealthy and caused large empires to protect them. The people from the kings on down to the peasants knew that prosperity. They had lived large. And they know they could do it again.

For King Darius, the king mentioned at the start of this book, has just recently conquered Egypt. That means the Persians, under Darius’s rule, control from modern day Pakistan to Egypt and up into Turkey; a huge area. At the time, it was the largest empire that had ever existed. And Israel sits right on that same vital trade route, both for ship-faring trade on the Mediterranean and through roads that come up out of Egypt and head toward the major Persian cities like Persepolis, Babylon, and Susa.

So it’s unreasonable that God wants them to build a temple.

For they have docks to rebuild on the Mediterranean coast. They have custom houses to reconstruct, marketplaces to recreate, and the cadre of government buildings required to enforce excise taxes, tariffs, and other forms of revenue that had once made them wealthy. They also must keep up their roads and, as they had done under Nehemiah, rebuild defenses to ensure that any marauding barbarians from the desert cannot undo their rebuilding efforts.

They have much to do. The temple is far down on the priority list. And rightfully so. Temples aren’t essential for trade. A glamorous worship life doesn’t lead to increased prosperity. And it’s not like the people aren’t worshipping. Chapter 2 of the book makes that clear. They’re giving of their offerings. The priests are busy. It’s just that worship is not happening in a rebuilt Solomon’s temple.

The reasonable ting is to stick to the plan: rebuild the infrastructure, seek out new sources of revenue, get the governmental house in order to charge taxes, so that the people can generate the capital they need to reinvest in themselves. That’s just good practice by governments. And it’s what the government of Judah is doing.

So what we encounter in Haggai, which is supported by its contemporary books of Ezra, Nehemiah, and Zechariah, are two leaders: Zerubbabel and Joshua, who are exercising good governance of the people. They are leading them on the path that leads toward wealth, order, and sustainability for their nation. They dream back to their past, remembering what it was like when they had those things, hoping that to regain them will mean political independence in the future. The Persians are nice people but they want to be free.

But in light of all we’ve learned, such a request is unreasonable.

Consider this: with what money will they rebuild the temple? Even if they have enough in the government’s coffers, spending it on a temple will not yield a return. This is not an investment; it’s a luxury.

With what manpower will they rebuild the temple? The manpower they would need is currently rebuilding farms, homes, roads, docks, custom houses, defenses, and the like.

With what officials will they supervise this building project? The supervisors they need are currently collecting taxes, the very lifeblood of the economy of Judah.

With what raw material will they rebuild the temple? The same raw material currently rebuilding farms, roads, homes, docks, custom houses, defenses, and the like.

It’s unreasonable to take all those resources and apply them to a temple. Imagine if Eastman was destroyed and the city decided it was essential to first rebuild the churches. Before roads. Before systems relating to water and sewers. Before restoring the electrical grid. Before helping farmers and business owners. None of us would say such was a wise endeavor.

But that’s exactly what God is demanding.

And it just seems unreasonable.

Zerubbabel, Joshua, and other leaders are working to recreate the Israel they once had. Fueled by nostalgia for the past, and by common sense, we might add, they seek to bring Israel back to a place and time of prosperity and security. They seek to restore what they had once known.

They have a vision. God has a competing vision.

In the end, Zerubbabel and Joshua choose to follow God’s vision, rather than their own, even though it is highly unreasonable. They go with God. The temple is rebuilt, worship resumes properly, the people are considered clean, and God declares that blessings will now flow to Zerubbabel, Joshua, and the people.

It’s only after their obedience that God paints the picture of the future that God is working to create. God will shake the nations, God will upend the current political order, God will bless them abundantly and fulfill the promise to Abraham to make them a mighty nation beyond their wildest dreams. The prophecies at the end of this book point to Jesus, the fulfillment of all those prophecies for Christ did upend the political order and make of Israel a greater nation far beyond it’s wildest imagination.

But Zerubbabel and Joshua had no understanding of that at the time. They had no concept of what was coming. They only knew God’s call on their lives and on the lives of their nation. And through their obedience, God moved to create that new vision of the world that would come to its fruition through Jesus.

Zerubbabel and Joshua were simply obedient. And that is just the point.

Prior to this moment, the people are living lives of nostalgia, just as we talked about in the opening of the sermon. That nostalgia has poisoned their vision.

They’re so obsessed with recreating the past that they cannot imagine a different future.

And most often, the way God calls upon us to aid in making all things new comes through calls that seem unreasonable.

Based on good, common, sense, God’s call to make the temple was unreasonable. But, so was the people’s nostalgia. The past can never be again. The old glories we once knew can never be recreated. Things change too much, too quickly.

The good old days you thought of the start of this sermon? They can never be again. The past can never become our future.

Wishing and working to recreate the glory days for our businesses, our church, our community, or our family, will only result in frustration and even anger. For the past can never become our future.

That’s what’s toxic about nostalgia: it convinces us of a lie: that somehow the past, former glories, good old days, can be again, just as they were in the past. But if we’re willing to be honest with ourselves, we will recognize the lie that this is.

Thinking back to our personal pasts requires not nostalgia but, rather, reimagination. We must think of the future differently, with an open mind, ready to follow how God is calling us. That call might seem off, might seem to defy common sense; that call will almost certainly be unreasonable.

But that’s how God operates. And here’s why: God has a benefit we don’t have. We can only see the past with clarity. God sees both the past and the future with clarity.

And through God’s clear vision of the future, God calls us to join in his plans that will yield the prosperity he wants for all his children.

Nostalgia, on the other hand, blinds us to the new work God seeks to do in our midst.

That is the word for us this morning. Give up the nostalgia. Whether or not you’re living in the good old days now or working to recreate the good old days, don’t linger there in your memory. In your life, in your church and community leadership, ask God for his bold vision of the future. Ask God how to participate in that bold vision of the future.

Where would we be personally if we asked God what new thing God is seeking to do through us?

I know where we would be as a church. We would be exactly where we are. We have been boldly asking God for future vision; one built off our past and one open to God’s future direction. Let us continue to do that. Let us continue to make that our prayer. I am tremendously thankful for this and we, together, are finding our way forward.

For that is the lesson of Haggai. Through their rebuilding of the temple, God did in fact do a new thing: Jesus. God restored the people to prosperity in the mean time, for through their efforts they were blessed. They were obedient, and goodness and mercy followed them.

All it took was obedience in the face of the temptation of nostalgia.

What does it mean for you to be obedient to how God is calling you? What does it look like if you’re obedient to the new thing God seeks to do in your life? Where, today, are you tempted by nostalgia?

Stop trying to recreate the good old days. That is a path toward nothing but frustration, depression, and disobedience to God’s call. There is something new, something wonderful and amazing, that God is calling you to participate in. All it takes is to give up the nostalgia; stop trying to make your past into your future.

For God wants to bless us. It just takes obedience. Hear God saying to you, and to all of us still, “behold, I make all things new.”

In the name of the Father, Son, and Holy Spirit; Amen.

This site uses Akismet to reduce spam. Learn how your comment data is processed.

Order a copy of Living Amidst the Darkness here